As I glance over at the calendar, I can’t believe the days, months and hours have wound there way down to this point in time. I understand this is what time does, it keeps ticking away with or without me noticing. But now I’ve noticed, and I realize that I only have seven more weeks of school and just over eight left in . After some 43 months flying by in , I’m holding on to these final moments. Time just seems to go by much quicker now. I remember waiting as a seven year old boy, for what seemed like eternity, for Christmas to come around. At that point in my life, I had only experienced six Christmas’s, so waiting for the next one to come around was a decent percentage of my life. Now at the ripe old age of 27, I can’t seem to slow things down as I wake up, and it’s the metaphorical next week. Good times.

So far the academic semester has been good to me, consistently pulling in some of the highest marks of my career. I have since moved off the Laidlaw campus to help restore healthy sleeping patterns after being woken up one to many times in the middle of the night by Freshmen. It seemed I would wake up when they would go to bed so it didn’t quite work out J Two weeks ago after pushing through a particularly intense week of study (trying to wrap my head around the atonement+ being woken up at 3am a few nights in a row by kids) I was physically and emotionally exhausted. One of my professors noticed this and invited me out to the to stay at his guest house with his family. The weekend was exactly what I needed. The first night I was there (Friday), we watched a film together that I found completely profound. It spoke to me right where I was at and I knew God was reaching to me through it. The next day I was able to read and pray in peace and quiet which was a nice change. As the day began, I put my shorts on and headed down to the beach; swimming in a deserted cove after hiking around the reef. In this cove I felt a tremendous sense of God’s presence and I might have even sang (loudly) a few songs of praise in my cove. I swam back and dried off then walked around the quaint town of , taking in an art gallery and even finding new swim trunks at an op shop for $5. In the afternoon, I reflected on the life of anchorite, Julian of Norwich for my class on Historical Spirituality that challenged me to press further into God.  That night I attended a Catholic service where I heard more of the Bible read, sung and prayed aloud than at any Protestant service I've ever been to (yikes!). I left encouraged. Returning to my guest house, I felt as If I needed to write down my thoughts to a friend and seek their forgiveness, but not exactly sure when to bring it up. On Sunday I hitched back into central where I took in another art gallery with friends after reading one of my favorite theologians, T.F. Torrance, in the public library. That night I was able to apologize to my friend and it was well received. At 5am Monday morning, I woke up out of nowhere and felt the overwhelming love and forgiveness of God, right where I was laying. I sat up, cried and spent time in God’s presence as his child before dozing back to sleep. 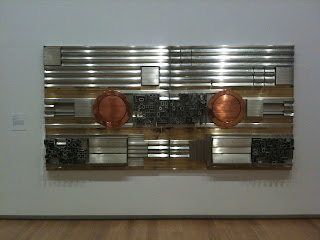 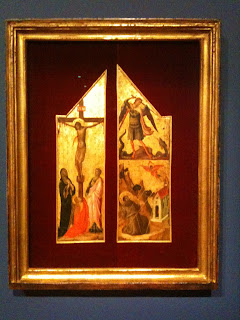 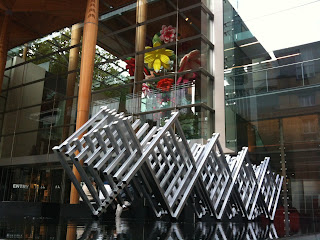 Above: From the Auckland Art Gallery.

Fast forward five days (last Friday), my evangelist buddy Aaron and I decided to hit the streets again in a notoriously dark area of the city. This event occurs on a semi-regular basis. What doesn’t normally occur is us teaming up with another group of guys from a cluster group called Activate. Firstly, it was encouraging to see 8-10 other men with a passion for Jesus that I haven’t really seen in my time here. Secondly, two of the guys had studied ministry/evangelism at in and God uses them on regular basis to physically heal or speak prophetic words into the lives of strangers. As we met in a group we began to write down names/places/locations/bodily features of potential people we could meet. I felt God had placed Burger Fuel on on my heart and was set to get over there and see if the person from my list was on there. After a group prayer on K Road I was organized into a team of three, Brendan  Aaron and myself. We set out towards Queen Street and on the way we ran into multiple people that we talked to and offered to pray for, but alas, no takers. When we arrived to Burger Fuel, the trio stepped inside the building and surveyed the scene. A few young couples, some older women sitting in the back and a table full of middle eastern/ Muslim guys. I smiled internally, “awesome,” I thought to myself. Not one of these folks is on my list at all! Phew. Thanks God. We walked back outside when Aaron and I looked at Brendan with a, what’s next? Brendan asked us if anyone was on our lists of things that had been placed on our hearts. We both said, “not really,” when Brendan came over and looked at my list. “Hmm, Burger Fuel, , beard (a physical feature of the potential person I would/could meet)…. “well, what about these guys,” he said to me while pointing at the table of Muslim guys. I instantly said no, as these folks weren’t wearing any of the items of clothes I had listed such as yellow rain jackets or a red scarf etc. Brendon told me, “it doesn’t always work like this, I think this is the group of guys you need encounter, ready?” I exclaimed “no,” and we moved from the inside of the burger joint to the door way leading back onto the safe street.

Just a little background on this moment. I have spent hours and hours on the streets with drunks, prostitutes and homeless folks in three countries and two continents. I’ve shared the good news of Jesus Christ hitch-hiking, in homeless shelters and have seen miraculous things. I’ve been prophecied over (correctly), have been used to heal a person through prayer and firmly believe in the bodily resurrection of Jesus Christ with every ounce of my being. None of that meant squat on that busy street this particular Friday evening. I was scared. Real scared. I had never asserted myself into another person (or groups) reality without having first starting a conversation with them. All of that though, the drunks and prostitutes etc., have been within my zone of comfort. My zone of comfort may not look like others, but in a similar vein, my default setting is to operate out of what is comfortable to me.

Backing from the doorway to the street, my breathing became heavy and I felt like a little boy. Brendon asked me if I was ready again, to which I decided to just go for it after saying a quick prayer for courage.

Picture your first time on a high-dive board or on the side of a cliff with the water looming beneath you… if you over think it, you’re going to psyche yourself out… all you really need to do is take that first step out and gravity does the rest. Gravity took over. I began moving towards this table of guys and shortly had all eyes on me. I introduced myself and asked for a moment of their time as I explained why me and the two guys behind me were out that night. I shared with how I thought God had lead me to these guys, showing them my “treasure list.” I don’t know how to describe the feel at the table. Maybe they were open to it, half smiling as if they were overcome with the awkwardness and novelty of the moment. One of the guys at the back of the table was mocking us (in a good nature) and I was able to affirm his comments that this was a bit awkward and that won the group over some. I showed them my list and asked if anyone had a cough or cold and wanted prayer. At first, all said no, but that quickly changed. A guy whose name I can’t pronounce looked up at me and told me he was sick after observing my list. I asked him if I could pray for him. “Right here?!?, he exclaimed. “Why don’t you pray for me on your way out?” I didn’t really know what to say until Aaron stepped in and said, “bro, it’s nothing weird, we don’t even have to touch you.” The man agreed, and I can’t remember right now if I put my hand on his shoulder (I think I did?) or just held them out in front of me. I prayed with a boldness and I had never seen before in me, after taking this plunge. Praying with your eyes open is somewhat hard, but as I looked into his eyes, I looked into the eyes of a man who was completely awed, holding on to each and every word spoke. I prayed healing over him in the name of Jesus Christ again and again along with a number of other things. When the amen came, he thanked me. The energy of the table was very much changed. Brendan had a few words that had been put on his heart for another guy at the table which really spoke to him. We said our goodbyes and headed out into the night where we would meet three more people in a meaningful way, but I won’t go into that now. We the trio, wrapped up praising God and went to a pub near where we had initially parked. Over a beer, each team shared the amazing way God had met them on the street. Amazing. The joy at the table was full as we praised God.

God is very much alive in Aotearoa.

Thank you all for your prayers and love. My heart has already begun the 8,000 mile journey home to Sequim. My mind and body are still very present as scholastically it all boils down to this. Not an ounce of ‘senioritis’ is to be found in my body and I’m striving to do the best I can with what God has allowed me to have in this season. Let everything that has breath praise the Lord. Some months ago, I listened to a lecture on doctrine where the preacher said, "your joy is directly connected to how much you're willing to reflect Jesus." Whether this is in everyday life such as humbling yourself to ask someone for forgiveness or in situations where we need to trust God with everything because our strength or personality will only carry us so far... my prayer is that God would sustain our faith, in Christ, making us more and more like the risen saviour who represents all of renewed humanity. Praise the Father, Praise the Son, Praise the Spirit.

piper
Posted by Piper at 3:26 PM No comments: