Long and chatty, but hey, I added lots of pictures.


I was so blessed by my time in America that served as a superb halfway point with my degree and time in New Zealand. I anticipate not coming home until I'm finished here, but I never anticipated that my body would stop producing blood and my gall bladder would need to be taken out- anything is possible. A few moments that really stood out to me (besides fantastic conversations and experiencing mutually loving relationships) were the hikes I did with friends and family in the mountains. There's nothing like putting in a decent morning of work to have lunch at a stunning and lonely location. A notable hike was going with a few long time friends up Second Peak, Klahanne Ridge then dropping down to Lake Angeles in the Olympics. 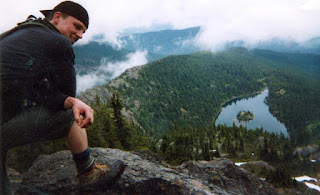 Above: last picture ever taken of Mike in 2004
What made it so special was the fact that Mike Haley did this hike 4 days before he died and the last photo ever taken of him was from the very look out I got to see with my very own eyes. It was special, a celebration of life- dually special to me given the recent life circumstances I found myself in. 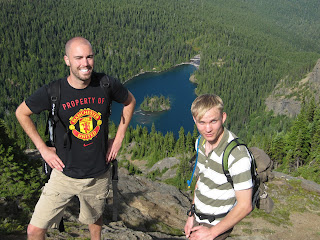 Above: 2011 hike with Phil Kemp, Ivan Welch and myself. Ivan did this hike in 2004 with Mike. I was invited to go on it, but had to work instead.
At the Upper Room just a few days before I began my journey back to NZ I fully felt the presence of God in a overwhelming way, totally in awe of Gods presence. Earlier that week a long time friend called me on a character flaw. Thank God for these friends willing to speak up. He shared with me something I had seen in my life as well, something that I had to give up to God fully. That night worshipping the Father at UR I asked the Lord for forgiveness for my pride, an ongoing process but a process worth taking up and chasing down. I feel the trip home was not just good for my physical body but my soul as well. On my way to Fiji I had a layover in Hawaii (cheapest way to Fiji, honest!) where I was blessed with lodging by the Davidsons. I had a million dollar view all to myself in Makaha, it was a incredible time. Big thanks to Tiger and Diane Mosier as well for hosting me at their house and for the ride(s) to and from the airport. 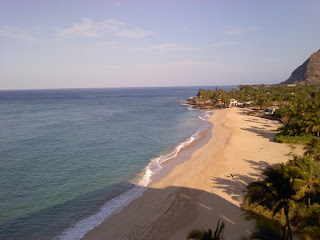 Above: 7am, the view from my Hawaiian condo. 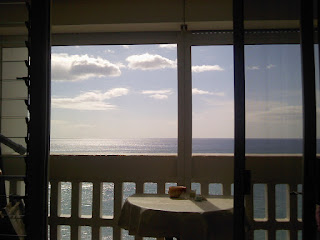 Above: View from my bed. I ate lunch daily on the patio overlooking the ocean.
Fiji was one of the most challenging experiences I have had in recent memory. God proved overwhelmingly faithful and I watched a team of Kiwi students become transformed more and more into Christs likeness. I saw prayer utilized in a way I hadn't previously in this group as well as positive attitudes and hearts willing to serve. We spent 10 days as a church (Avondale Baptist) outside of Rakiraki preaching and living the gospel of Christ. We were able to interact with school children as well as build chicken coops and bless the missionaries that lived there with concrete work and painting etc. I had the chance to share the gospel message at a small Indian Church in the hills of Nanuku..... 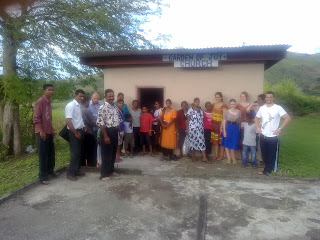 ....but the most profound experience I had was in realizing the power of the Gospel in a real way- trumping (destroying?) the ways of this world and the convoluted structures people erect to make sense of this life. A woman who was left highly immobile from a stroke was looked down upon by her family and community. In the Hindu karma system if something bad happens to you, you probably had it coming from this life or the previous one. Her family and neighbors were unwilling to come wash her or provide for her because in doing so they could lower their own personal karma. Long story short: stay away from hurting and broken people because you could end up that way next. The Christian missionaries in the area were some of the few people that invested in this woman. Given her situation, she was the first person selected to receive a chicken coop which was built more like a chicken palace. As she received this monstrosity, in her context, her karma was changed forever. 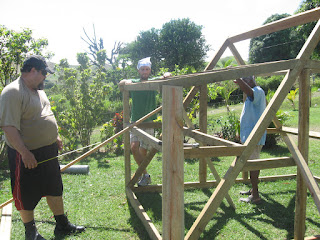 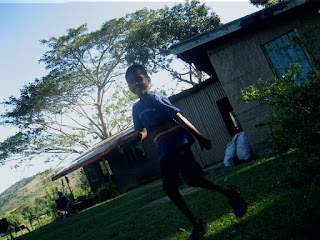 Local Hindus (and her family) would want to come see why she was so blessed now. That was it. We built a chicken coop that only cost a few hundred dollars and this woman's life was changed now forever. I can't think of any better example of gospel living. The world says to look out first for your own happiness, the message of Christ is so counter-intuitive to worldly living by saying to make yourself the lowest or servant of all. She was about as unlovely as they come in her context, but that didn't change her intrinsic worth as a daughter of God. She is loved, and so are we, even though we are not worthy of such extravagant love. I still can't get over this, this was a supreme highlight of my trip. No trip involving myself and a foreign country is complete without some level of sickness, and Fiji did not disappoint. At nearly the end of my trip I got campylobacta from chicken, aka debilitating diarrhea. 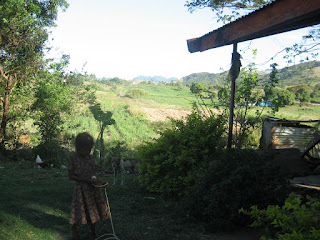 Flying home from Fiji I was able to cross the border without a problem being bright yellow and I was invited to stay at a family from Churches house. The next day they paid for my Doctors visit and blood tests (very blessed) and I was able to watch NZ's Rugby team the All Blacks beat France for the World Cup. My health was going up and down and there were some worries about my blood being ok as I felt drained like I did the week before I crashed and nearly died some 3 months ago. A friend of mine from Laidlaw set me up with a Christian Doctor that heard my story and agreed to see me for (nearly) free. I was so blessed as I was running on a tight budget. God has been fully looking out for me and surrounding me with his presence. Yesterday I met with Laidlaws principle to catch up on the prior months happenings and subsequent surgery in America. He asked me to speak today to the entire college at Community Worship and that was a blessing to me to share about what my God has done in my life to the Kiwi body. 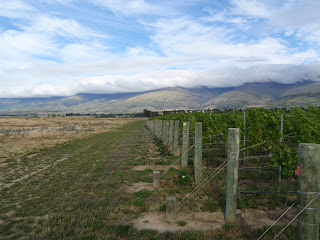 Above: Zebra Vineyard... my job site for the next 3 months.
Now I'm preparing to fly to the South Island this Monday to again work on Zebra Vineyard in Cromwell to make money for school starting in February. I will be down there for 3 months and was invited to stay with Reverend Pendreigh and his family so I won't be out in the cold. As always I'm looking forward to this adventure and the chance to share Christ to other internationals this Summer. It's been a roller coaster of a year, but I feel I'm being prepared for the days ahead. Because of my illness I won't be able to double major anymore due to scheduling conflicts and I will need to switch from Hebrew to Greek but other than that school is still moving along well. I feel this year will be different from others in the way that I will be doing far less things than years previous, but I want to do them well. Coming to the understanding that your not Jesus (saving the whole world) but to be like him is freeing. As long as I'm living the future is bright, and as always I'm excited about what the road ahead holds. God bless yall.
-Piper
More Pics! 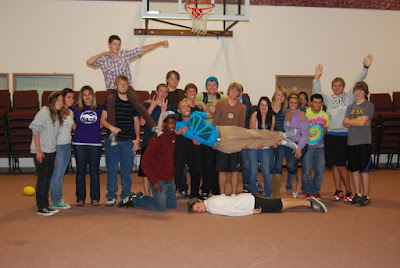 Above: I had the opportunity to run HS youth group (as well as JH the night before) which consist of all my JH students that got taller/older. Daniel Gillam shared his testimony and I discussed Faith, Hope, and Love and the ultimate Christian expectations. A student accepted Christ into his heart this night. 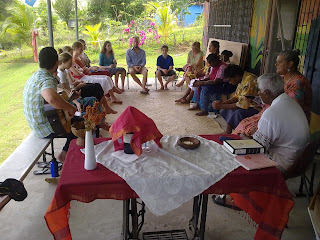 Above: Communion in Fiji on Sunday morning with missionaries Shiu and Lesley Narain. 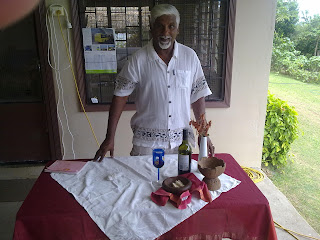 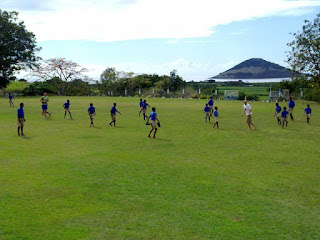 Above: Soccer game at Nanuku Elementary School. I'm in white, Hama is in Green. 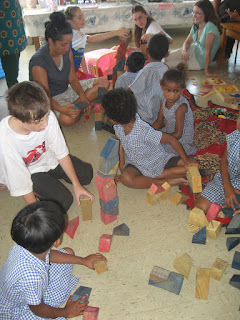 Above: The "waste," cut angles from the chicken coop where painted by Avondale Baptist girls and made into building blocks for the the young students at the school. 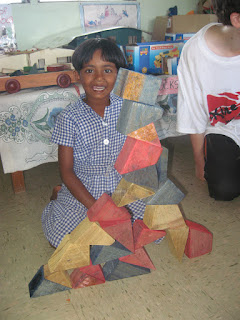 Above: A beaming smile, proof is in the pudding. 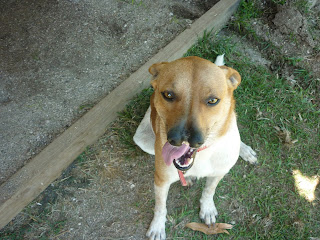 Above: Dwinak the dog. Dwinak in Hindi means "two nosed." 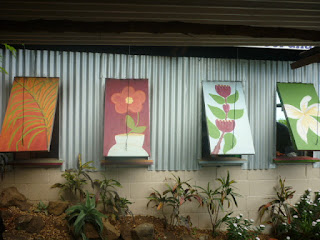