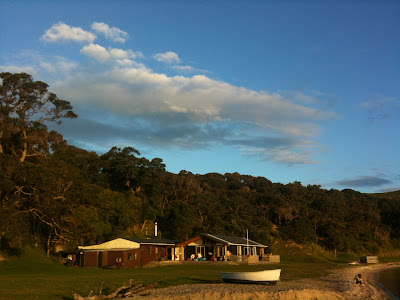 Above: Ponui Xtreme, the building where it all happens.

I just got back from an amazing week on with a Scripture Union Youth Camp. The island is located just an hour and a half south of and is owned by three farming families. I was tremendously blessed by the students that spent the week there; ministering to them and them ministering to me. Its times like these I realize how much I love youth work focused on Christ. Multiple highlights- but the one that shown out like a beacon to me came in the form of a young Maori boy. He didn't know much about Christ/God at all coming into camp and was placed in my group of 5. He is being raised by his grandmother in (considered the most dangerous/poorest part) and was just an all around pleasant kid. After 3 days of good conversations, he fell quite ill, alongside another camper from my youth group. While the evening’s activities continued, this young boy prayed for the first time in his bed, asking God to heal him. A short while later, he was beaming from ear to ear telling me that he had been healed… attributing it all to God. This stirred a flame in my heart to lay hands on the other boy who was sick with stomach junk. 10 or so other youth laid hands on him and his mattress as I prayed; the next morning he went hiking with our group as we cooked pancakes over an open fire on a remote beach on the far side of the island. He felt markedly different. I felt markedly different. Later that night I was approached by other young men for counselling/advice and prayers. I’m so thankful God used me as a mediator of blessing. Leading up to this camp was one of the fullest seasons of my life. I wrote around 11,000 words for Laidlaw projects in a short span of time whilst making coffee running youth ministry and filming. Previously, passion was present but wearing thin. That couldn't be said from where I sit right now. Physically exhausted but spiritually/emotionally high. I’m currently forcing self-care upon myself by staying home tomorrow and do nothing but sleep. 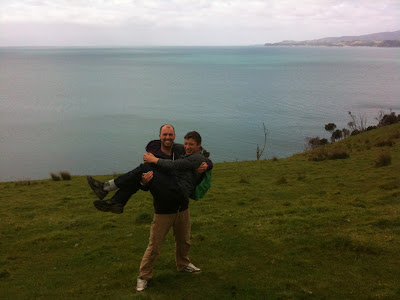 During the week I was able to share my testimony and do a bit of MC comedy as well as reading aloud the ‘bed time story,’ to the guys and girls at camp. Despite what some may say, you’re never too old for a bed time story- especially when it’s The Cross and the Switchblade; a detailed account of David Wilkerson and Nicky Cruz in . What an unbelievable story that amped us up as a body of worshippers. At camp during a quiet time, a poem came to me. I don’t traditionally write poems, but I thought I would be vulnerable by sharing it anyways:

You have heard it said,
But now I say to you;
Behold my child I am making all things new.

Roots go deep like a tree with wings like a dove;
you send our spirits soaring, ablaze with your love

Above all Christ, I give you my life-
Prepared like a bride, pierced in the side;
To death with our pride.

Jesus you’re the reason we live and sing,
the truest Adam, a God among men.

Death you’ll never get the best of me,
we only put our faith in thee;
In You we still trust.

In the historic life we live, we are given a few moments to work with our Father as sub creators beneath him (How grateful I am for this!). We may never get to see the produce of our labors on this side of eternity; but everything is being artistically weaved together for good in the glorious mosaic of broken pieces across humanities canvas- Christ at the center. I can’t help but be reminded of Genesis 1 and Revelation 21. Life started in the Biblical account of creation with God’s creative breath transforming the chaos (void) into order; this glorious story ends with Him recreating and renewing all things. Not making all new things, but making all things new. What joy it is to think that we have been given these years to work towards the final redemption that we know is coming. Praise the Father, Praise the Son, Praise the Holy Spirit.