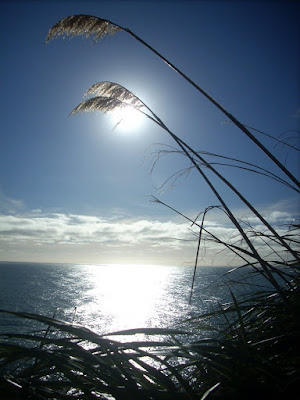 It dawned on me as my Kiwi friends were gearing up to celebrate the World Cup that I was in China 4 years ago celebrating the very event in my Shenzhen apartment. The time just goes by! I began to think about what has happened in the four years since then and I could argue that they have been some of the most important years of my life. I truly believe that God infringed on my sinful free will during this time, and saved me by his grace. One can only imagine it played out something like this: “I've had about enough out of this David Piper doing his own thing, time to have him fall desperately in love with me.” The faith he gifted me with has turned my world upside down and there have been no regrets following Him. What an adventure, so much to be grateful for!

Between updates, exciting things have occurred. Ministry at ABC is expanding and growing, I'm feeling less overwhelmed at Laidlaw and extra-curricular relationships are being forged. I'm so thankful for this opportunity to study Gods word everyday, being gripped and shaped by the new lenses in which I read the Biblical story. I'm currently halfway through teaching a series with the Junior High students here at ABC over the whole Bible (critical excerpts). I love seeing the next generations eyes widen as they see the culmination of Gods promise since the beginning of time unfold into the central focus of the Bible; the coming Christ and his life+death in the gospel account. It is so easy to look at that big dusty book on your desk with disdain when it's not read as a complete story, with a beginning and an end. If you don't have the firm foundation of where you came from, you don't know where you are going. Full steam ahead without a rudder. This makes for an excited teacher and (hopefully) eager students.


While studying through the book Hebrews this month, chapter 12 caught my attention. The author in chapter 11 shares the struggle and tests the patriarchs persevered through by faith. By faith, when Abraham was as good as dead, was blessed with a son. By faith the walls of Jericho fell as the new leader of the Israelites deemed it a good idea to attack the heavily fortified city with a marching band. By faith in the sovereign LORD, not out of intrinsic strength, but weakness did they conquer. This is the story which you and I have been reborn into and under as heirs of Gods promise. We have the story, and in chapter 12 we are reminded of what we are fighting for.

Over ten years ago now, a gun was put in the face of a young student named Cassie Bernall at Columbine High. Her would be killer asked her a simple question, “do you believe in God,” to which she replied, “yes.” I'm sharing this because it struck an emotional cord in me with the backdrop of Hebrews chapter 11.

Hebrews 12:1-2
“Therefore, since we are surrounded by such a great cloud of witnesses, let us throw off everything that hinders and the sin that so easily entangles, and let us run with perseverance the race marked out for us. Let us fix our eyes on Jesus, the author and perfecter of our faith, who for the joy set before him endured the cross, scorning its shame, and sat down at the right hand of the throne of God.”

This is the story that Cassie has been swept into and that we are living in. We are here on earth for this time and place. We are witnesses to what God has done since the beginning through faithful servants that where nothing spectacular on their own. It's so easy to forget that we are children of promise and to think that somehow the Bible isn't relevant for today. We as witnesses to Christ are living in the “Now, but not yet.” Gods kingdom is here, but has yet to be fully consummated with Christs return. We have victory over death through the death and resurrection of Christ Jesus, but sin is still a present reality. It's time to turn off the TV and run! We are more than conquerors not through ourselves but in Christ. This life we have is so short! Mind the distinction between “everything that hinders” and “sin.” Often we do “moral” things that take our focus away from the biblical story that we currently live in. I struggle with this as at times;I have to consciously remind myself of what the reality of the world is, to not get caught up with its short term happiness's as I sacrifice joy.

“Witness” comes from the Greek word “martyr,” and that should draw a clear picture of what it means to live lives of sacrifice to Gods kingdom. The witness of Abraham, Isaac and Cassie Bernall should spurn us on to passionately pursue God in faith at all costs. For me to read that and realize the implications of living like I know where I come from, just makes everything else boring. My continuing story (part of a bigger and ongoing one) at Laidlaw has simply got me amped to know more about the God that created me and to re-frame the competing false stories of the people in the physical world around me.

What's your story? Have you shared it with anyone recently?

Thanks everyone for all the prayers/emails/encouragement I have received in the last month. I get stoked when I hear of other witnesses going hard in Spain/Chile/Port Angeles/Sequim/San Diego, it encourages me to keep running. Special thanks to my father and mother for all of their faithfulness and support.