Night of the Living Profile 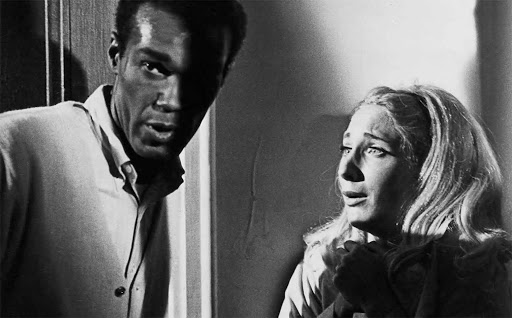 It was a cold December night 5 years ago that I experienced a moment foreign to my existence.

There was an electric excitement among local folks for the multi-church concert coming the following night. To celebrate the months of planning reaching its near fulfillment, my wife and I took the headlining rapper and DJ out to a wonderful dinner in a nearby town. After amazing food and conversation, we headed home. Our parallel parked Honda made up the metaphorical meat, sandwiched between two larger vehicles on a one-way street. As I attempted to merge into the flow of holiday traffic, I didn’t think anything of it when a law enforcement vehicle passed us in the nearby lane. Traffic let up a few moments later and we entered the stream.

As we laughed and joked in the car, I noticed something strange. The law enforcement vehicle that was some 15 cars ahead of us shifted into the slow lane. Car after car began passing them in the left lane as their speed declined. Less than two minutes later they were parallel to us in the opposite lane. They looked into my car and I looked back at them. Then they pulled behind me. I did what anyone in this situation does… immediately begins wracking their brains with all the what-if’s. Had I stuck my nose too far out into traffic on the street trying to merge? Maybe a headlight was out? I wouldn’t have to imagine what happened much longer when the ominous red, white and blue flashed. I slowed to a stop in front of a pizza place and then waited. Both officers approached the car from both sides with flashlights. “License and registration…” to which I obliged, and they disappeared for what felt like 10 minutes. “Where are you going,” was the question asked when they resurfaced, all the while peering into my backseat. “I’m headed home.” As the words came out of my mouth it began to dawn on me what might have been happening. “I’m a pastor, what’s this about?” They disappeared again for what felt like another 10 minutes.

Carefully approaching the vehicle for the final time, the officer hands me a ticket and my license, informing me my tabs were expired. I had no idea, and immediately apologized. How could I be so careless?

As we drove home it dawned on me that when they first passed us, it would have been impossible to see our tabs angled into the sidewalk. I then realized it was the contents of my car that got me pulled over; a white couple with a black and Mexican man.

I apologized profusely to them for this seemingly random Washington experience. My friend, made in the image of God, told me it actually wasn’t my fault. It was his. He was pulled over on a regular basis. Did he represent an isolated occurrence? His experience was then confirmed by the mutually shared experience of the other man. In this moment I realized that our lives were tremendously different. I began to think of rare times where I accidently drove to Redbox without a wallet (or with expired tabs). I had a squeaky clean record and hadn’t been pulled over for years until that moment. What if I got pulled over more often though? Chances are my record wouldn’t be as clean. In this moment I knew our lives as Christian men in America were very different.

The next night the main event required my entire focus… and from there the busy-ness of life just rolled on. Having been given a window from God to a different world, I never did anything with it. In a way, I still don’t know what to fully do with it other than share the experience. If you’re like me and don’t know how to enter into this arena, the Gospel Coalition’s podcast ‘As In Heaven’ season 2 is a great place to start

( https://www.asinhvn.com/ ). ‘AIH’ approaches the history of race in America from a profoundly Biblical perspective and I can’t recommend it enough.

In closing, I want to say I’m deeply thankful to law enforcement. I live in city where they are few and far between. I’ve witnessed a car gang (not political at all) shut down a street during rush hour traffic unopposed and guys walk down the street late at night with multiple bikes (or barbecues!) in their arms. There simply aren’t enough law enforcement around to restrain the escalating crime and gun violence. The racial issues of our day go uncomfortably deeper than police though... It’s me. No easy answers, but as a white dude to other white people, I want to encourage you to listen to black voices that might challenge the way you see things. Before God, I know their life experiences are very different from ours and that isn’t right.

In Deuteronomy 29:1-3 Moses speaks to Israelites who didn’t experience the exodus from Egypt as if they actually did. They were presented a choice of life, that required obedience in light of the God who miraculously saved them. Would they listen to his commands and succeed? These young Israelites weren’t even there when the previous generation failed but were held responsible for their future choices as if they had directly experienced God’s gracious rescue. I’m not sure if this principle directly connects to America with slavery in the past and civil rights today. What I do know is that we need to be faithful today to what God has for us as an entire people in light of what he’s done for us in the past. This looks like seeking justice for all, loving mercy and walking humbly with our God.