My apologies for the missed post on the 20th. Since we last talked we moved all of our earthly possessions (February 6th) from a 400 square foot apartment, into a 17 foot U-Haul truck to a nearly 1100 square foot apartment just 18 minutes from school. The entire move from start to finish (including the 20 minute drive to the new place) took less than three hours with our spectacular crew. Truly amazing. The move proved to be just in the nick of time looking back. We were slated to fully checkout of our tiny apartment on February 15th. Looking at the weather report, we knew it would need to happen on Feb 11th or wouldn't happen at all. On that Thursday, Lauren and I furiously scrubbed the apartment down while simultaneously checking both the snow report and sky. We were about ready to get hit by a BIG ONE. We actually had no idea how big. We wrapped up cleaning by 1pm, gave the keys back to management and booked it to our new home as freezing rain fell which eventually turned to snow. It felt like something out of a James Bond movie about weather (if there was such a thing) as we escaped from the apartment and storm. Little did we know we wouldn't be going anywhere for a week. The storm coming would put 200,000 people out of power in the Portland area alone. We experienced an inch of freezing rain, followed by a legitimate blizzard that brought a foot+ of snow. After this we experienced an 'ice-storm', something I'd never heard of, with two inches of liquid black ice. It went from being too dangerous to drive, to being too dangerous to walk outside. Covering the snow was a sheet of pure ice. Completely unreal. During this crazy week, we were so thankful to be stuck inside our new two bedroom palace. We baked cookies for neighbors and helped dig people out of the snow. The storm was a huge catalyst for meeting tons of neighbors for which I'm grateful. On February 19th we were able to break free of the snow and head to Lake Sutherland to celebrate my 35th Birthday (on the 22nd) which was wonderful. We got to attend both IBC + DCC and see beloved friends and family. We then celebrated it again the next day in Portland at BBQ with our small group. Then again at In-N-Out Burger that Saturday with Seminary friends. It was a great week. On March 2nd I was able to work off some of the food with a 15mi bike ride with a friend from Bible Study. It was 60 degrees, a massive 54 degrees swing from the historic meteorological event we had just two weeks prior. We're really loving our new place. 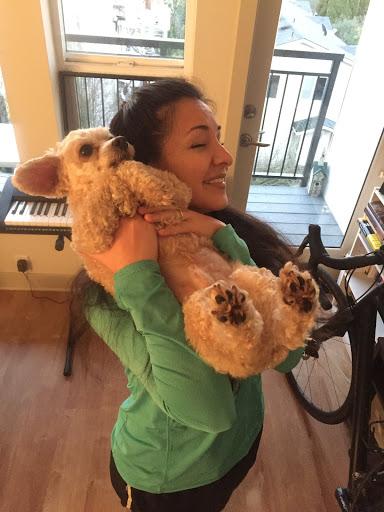 Getting ready to move out of the City 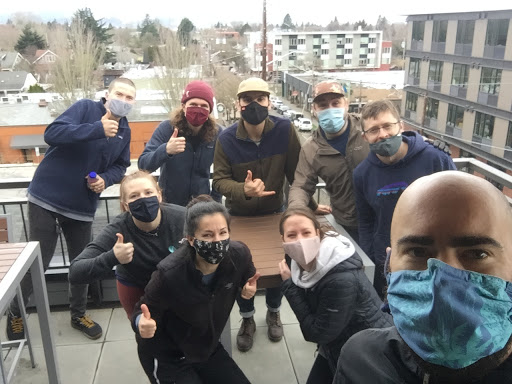 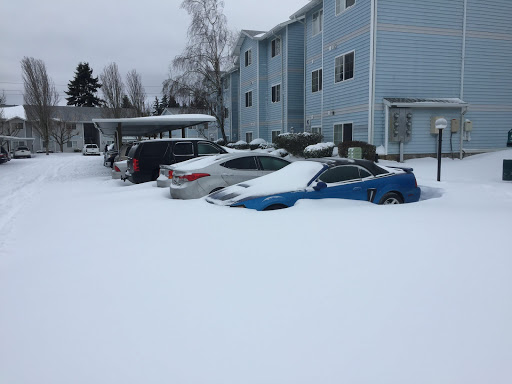 Less than one week later in the burbs... 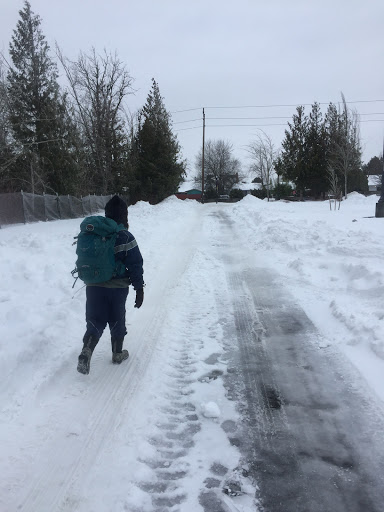 Roughed the 'Oregon Trail' to Target - just like the original settlers 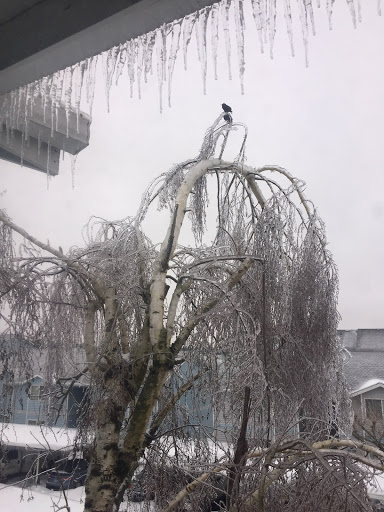 The tree in our front yard nearly buckled from the weight of ice. 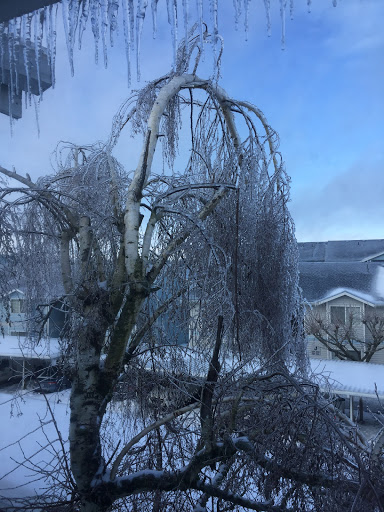 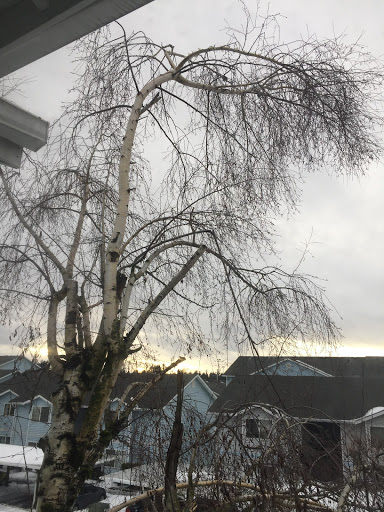 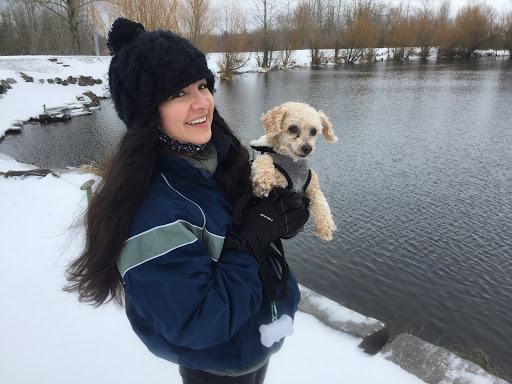 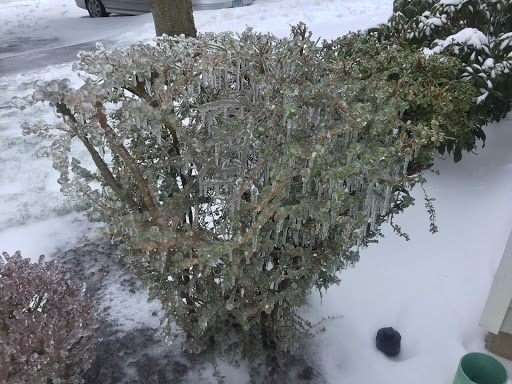 Ice storm covered the world in two inches of ice 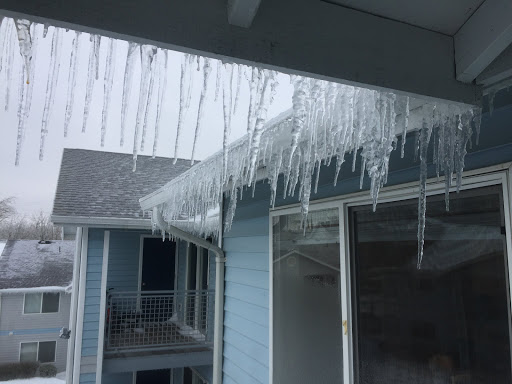 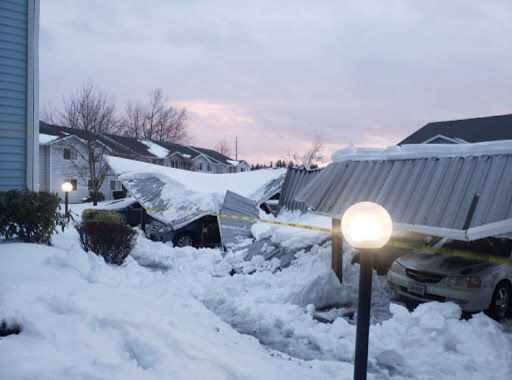 Our neighbors carport collapsed under the weight of ice 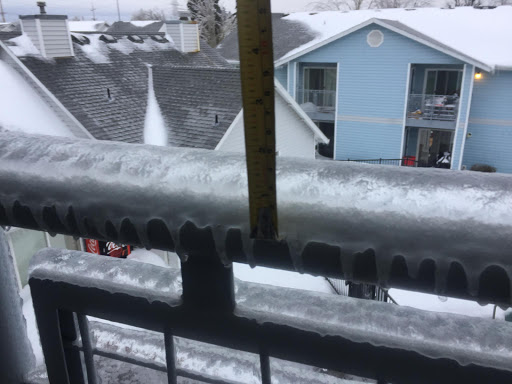 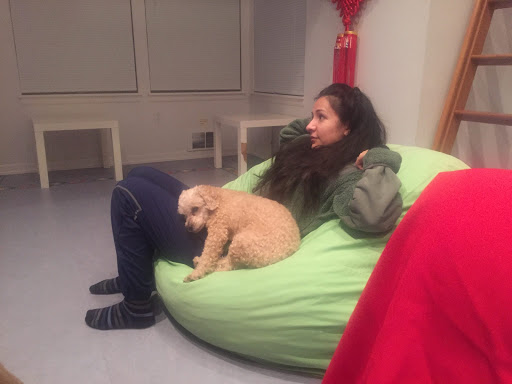 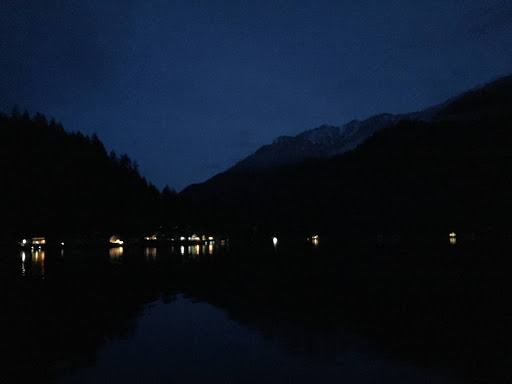 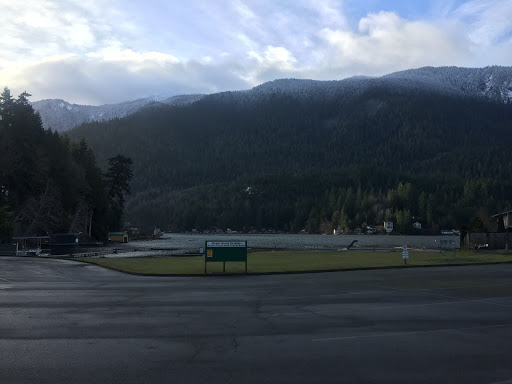 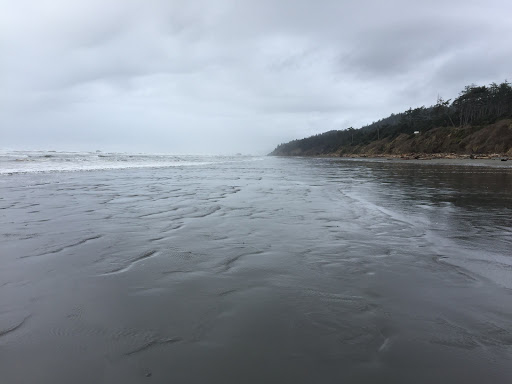 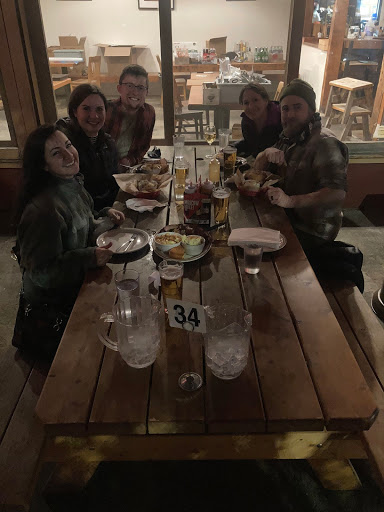 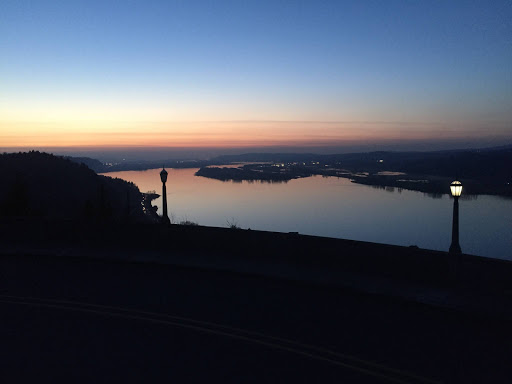