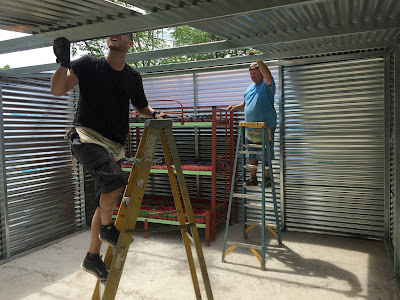 David and Jim putting on the roof 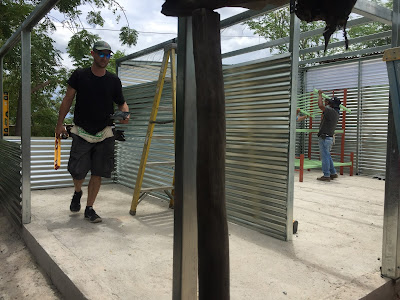 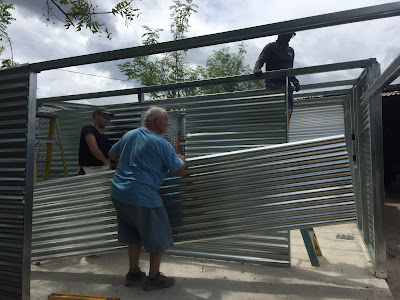 Prepping to put on roof 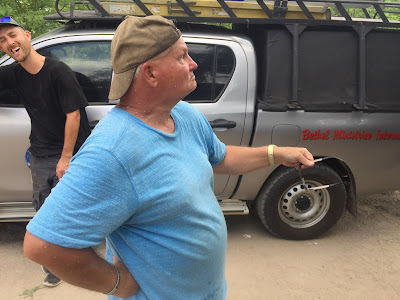 Jim got blasted with the blue painter. David took it pretty well 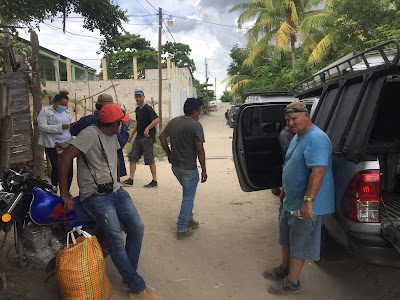 The dusty street outside of Roxanna’s house 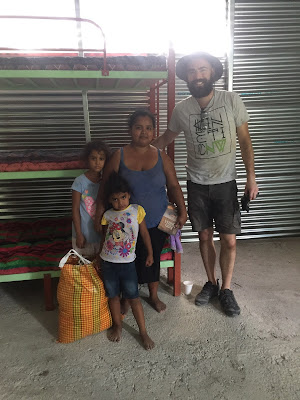 Two private donors from DCC and Kingsway provided this house 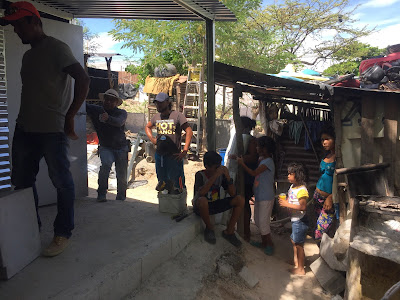 Nearly done with the house 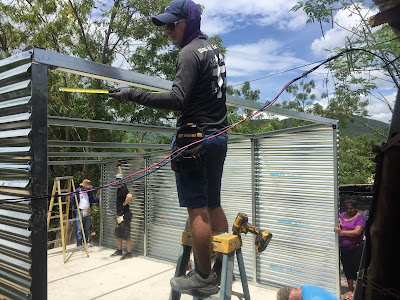 Getting the walls up 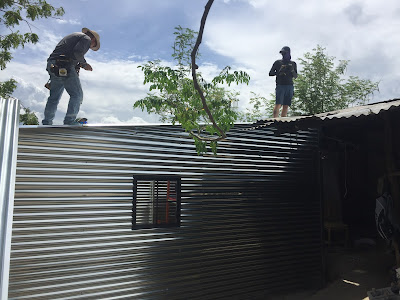 Today proved the most challenging and beautiful housebuild yet. Jim and David Rivers seemingly thrived whereas the 91+ degrees with 70% humidity almost took me out. Had to take a breather to cool down just before and after lunch. El Rancho is a farming community with aloe vera and and tobacco leaves. The countryside is littered with massive cactus. We built for Roxanna and her two precious daughters today after the original single mother we were going to build a house for received one already.