From April 22nd-29th a team of 9 men from 6 churches will build these four Guatemalan women below their own houses. These men will also distribute 50 wheelchairs to the disabled, share 20 months worth of food across 20 families and give out 90 Bibles. Without your support, none of this would have been possible.
PS Sorry in advance for the all caps lock below. I didn’t format it like this, but might have something to do with it being sent from Guatemala. 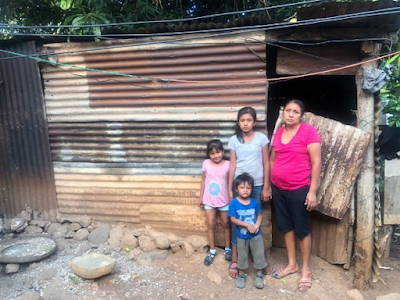 Home #1 Margarita Chuga Jiménez
Margarita Chuga is 40 years old and was born on April 12, 1982. She only studied until sixth grade and lives in Corona de Conocastes, Chiquimulilla. She has been a widow for seven months, after her husband died when he fell off of the third level of a construction site where he worked as a mason and guardian. Margarita works as a housekeeper earning $21 a week. She has three children:
·      Lesly Toscano was born April 21, 2011. She will be 11 years old and currently is studying sixth grade.
·      Kimberly was born January 14, 2015, is 7, and in first grade. She has spina bifida, but is still able to walk, although with some difficulty.
·      Julián is 2 years old and was born on September 19, 2019.
They family does not have their own house and have been staying on a piece of land that belongs to Margarita’s mother. However, the local mayor has given them a piece of land, and Margarita has already signed a contract with the local mayor and lawyer for the land she received as donation.

Currently, they are living in a home completely made of scrap metal and a dirt floor, and it doesn’t have water, drainage, or electricity. The beds they currently have are in very poor condition.
Extra needs for consideration:
·      1 wash station
·      1 bathroom 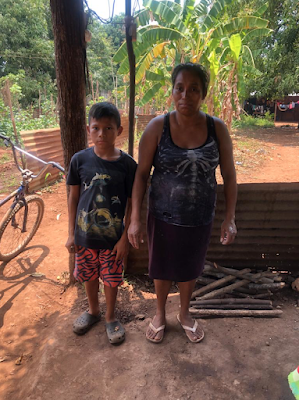 HOME #2 Glenda Lili Peréz
Glenda Pérez is 38 years old and was born on July 17, 1983. She lives in Aldea Astillero  Chiquimulilla.
Seven years ago, her husband abandoned the family and since then she has been solely responsible for her children. Glenda only studied until second grade and at the moment she is working at a tortilla shop, earning $4 per day. She has four sons:
·      Cristian José Gonzales (11) was born on May 16, 2010. He is studying sixth grade.
·      Carlos Ernesto Gonzales (9) was born on October 10, 2012, and studies fourth grade.
·      Luis Alberto Gonzales (7) was born on July 8, 2014. He is studying second grade.
·      Emmanuel Luis Gonzales (7) was born on July 8, 2014. He is also studying second grade.
Glenda’s monthly income is very low and due to the family’s expenses of food, utilities, and education, there have been times that they can’t cover all their needs, so the children’s grandmother sometimes helps them with food.

The family lives on land inherited from Glenda’s mother. Currently, the house is built from scrap metal and plywood, and a dirt floor. It has electricity, water, and a wash station. The family has 4 beds, but two are in very bad conditions.
Extra need for consideration:
1 Bathroom 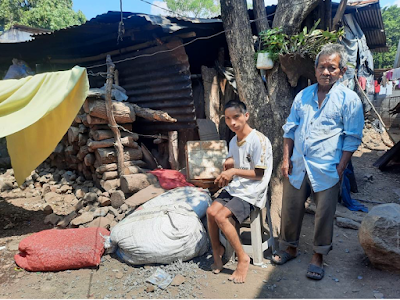 Home #3 Ana de Jesús de la Cruz García
Ana de Jesús (73) is married to Álvaro López (73). They live in Barrio Berlín, Chiquimulilla, Santa Rosa. Ana works by selling tortillas at the local market, where she makes $4 a day. Her husband works in the fields when there is work, but he mainly takes care of their grandchildren who need special care. The grandchildren are:
·      Elder Gabriel (21) is a young man who suffers from health problems, but the family does not know his diagnosis.
·      Luis Alberto Francisco López who suffers from epilepsy.
Due to the physical condition of both young men, their mother abandoned them and left them in the care of her husband, who was Álvaro's son and passed away several years ago. It is for this reason that Álvaro and Ana decided to take care of their grandchildren.
Currently, Ana, Álvaro, and their two grandsons share a house with 3 other families, and it is made of mud bricks, wood, and scrap metal. The land has electricity, water, drainage, bathroom, and a wash station.
For years, the couple has worked hard to be able to have a decent life and also to support their grandchildren. However, their income is low, which has made it difficult to build a better home. It is for this reason that we are requesting the construction of a home for this family with a bunk bed and a wood stove so they can have better living conditions, since their desire is to have their own place where to stay safe and comfortable. The land where BMI will build the house belongs to Álvaro. 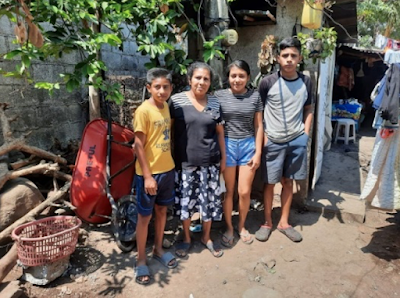 Maria del Carmen is 49 years old and was born on October 14, 1973. She lives in Brisas San Pablo, Chiquimulilla, Santa Rosa. She has been separated from her husband for 13 years now due to infidelity and irresponsibility with his commitments as a father. Currently, she works as a housekeeper earning $3.5 daily, and the children’s father occasionally supports them financially to cover some school and food expenses.

·      Daniel (14) studies eighth grade and occasionally works for a carpenter.

At the moment, Maria and her children live in her mother’s house which is built from scrap metal and wood. However, they were able to purchase a piece of property where Bethel will build their new house.

Maria and her children have learned to move forward despite the difficulties they have faced. Thank God, the children are studying and some of them are working to cover their school expenses. It is for this reason we are requesting the construction of a home with a bunk bed and a wood stove so they can have a better home. 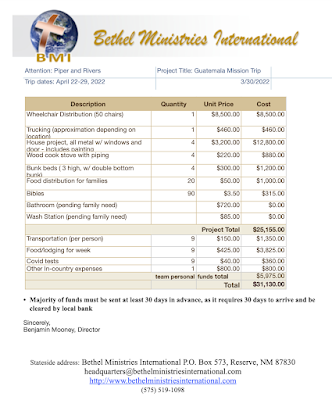