Singin in the Rain! 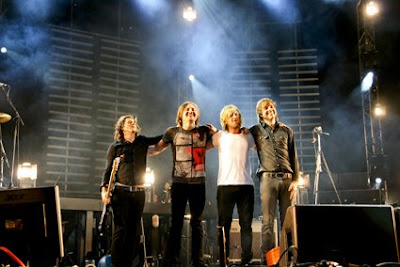 What an amazing , incredible weekend in Hamilton. From Friday-Monday I got to experience God at Parachute Music Festival with 20,000 brothers and sisters- the largest Christian music festival in the country. Among some of the talent there my highlights where Switchfoot , Leeland and Hillsong United. Family Force Five played the most entertaining live musical set I have ever seen but at the end of the day it was entertainment and worshipping with Hillsong is still what resonates with my soul.

I left Wednesday of last week to Josh Best's flat (my friend from Port Angeles) and then we went with our friend Rebecca to her parents house in Hamilton where the event was being held on Thursday. Josh and I then camped out with members of Tabernacle Baptist Church based in central Auckland for the next few nights until the campsite got rained out and we decided to sleep in real beds at Beccas house. The first 2 days it was hovering around 90 degrees and shade was a fleeting memory (I used so much sunscreen it would have made my mother proud). Everynight Josh and I arrived to the mainstage to see the headliners where we stayed in the front row after fighting our way through hordes of teenage girls and other charachters that didn't believe in the power of deodorant. Josh and I (I can say this humbly because it was true) exuded so much energy up front that we where constantly being photographed and filmed. By the end of the week security knew us well as we would get big highfives and bro hugs from them.

It wasn't just the high energy stage performances that captured my attention but the stories and testimonies of speakers like Mike Pilavachi from the UK speaking openly about their experience with youth work. It really gripped my heart. After one of the seminars at "the Dome" (there where 6 stages total with music+speakers going all day long with the headliners performing on the mainstage from 5-11+pm nightly) I had the chance to talk with Mike briefly after he described his early on ministry failures with junior highers. It really spoke to me directly one of those "I wish I would have heard that before...." sermons. Gods timing though. What I took away from it though has changed my ministry focus for youth work for the better and has excited a new passion in me to reach the next gen. On Saturday the rain came.... and did not stop. I have never seen rain like this before. The rain was soon accompanied by Thunder and lightning and I was pretty sure our tent city was just going to float away Noah style and we would all land on some mountain in Turkey.

What I didn't realize was that rain was going to set up as the backdrop for one of the most powerful nights of worship I have ever experienced in my lifetime. If you have not heard of Hillsong United or have but have not heard their song "Hosanna" you need to stop reading this, turn up your speakers and click on this link http://www.youtube.com/watch?v=_ajFnnKFivY before you continue on.

What occured was beyond comprehension but I will do my best to put words to it. Imagine worshipping at the top of your lungs to one of the most beautiful love songs ever written in the pouring rain with your hands in the air in complete surrender. The water hits your face as you look upward- then you realize that it's only a mere glimpse of what eternity will be like. As 20,000 people are fully alive in worship the thunder rolls and lightning brings the sky to life. Overcome with joy, tears mix with the rain. Amen.

Thank you to everyone who has been praying, my heart is being broken and changed to where it needs to be. Some really sweet times with God this week, one being this morning as I recapped the week and read through Samuel. "How sweet it is to be loved by you." It's going to take a miracle for my visa situation to come through and Im confident that whatever happens will be from God. Keep praying or "my" plans could be changing rapidly. I just finished a 13 week sermon series in Ecclesiastes by Matt Chandler (I started it two weeks ago) today and it was quite riveting. Bottom line , "Love God with all your heart because you will be dead soon and nothing else matters under the sun." The Series is called "Beyond the Sun" and is available for free download http://northway.thevillagechurch.net/sermons and has been a huge encouragement to me. If you don't have the time for the whole series be sure to listen to Coffee with Granddad part 1&2 as Pastor Matt Chandler portrays Solomon at the end of his life as a grandfather overflowing with wisdom having coffee with us , his "grandchildren." Very well done. During my morning devotions 1 Samuel c15 v22 impacted me as a brilliant life lesson on submission to God, what it means to you I don't know(read the chapter for context) but "To obey is better than sacrafice" spoke to me loud and clear about Gods supreme will to be sought after above all else. Often God commands us to do something but in our rebellion or fear (fear can be rebellion aswell) we say in our hearts , "God , I simply can't do that small thing you have asked me to do, but I will quit doing such and such activity that I shouldn't be doing, are you happy now?" In other words God calls us to something Great and we say "nope God I think im going to go do this good thing at a million miles an hour until I burn out because I think you would be more pleased by it...." We feel the rate or speed and vigor that we put into our activities is what impresses God when its the heart that matters. Will I simply obey?

As always I'm greatly encouraged by your prayers and emails. 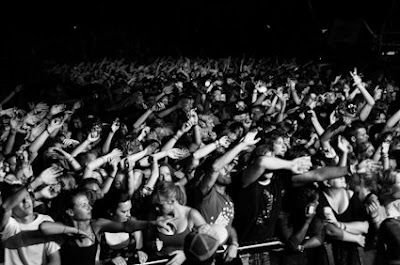 Above: Josh Best and I rocking out to Rapture Ruckus, look directly above the security guards hat...im wearing a shirt with popcorn on it. (NZ's biggest Christian artist)
Posted by Piper at 7:53 PM